Lately, we have been especially fucked in the head productive on the artsy side of things and managed to cook up some semi-decent anarchodiscordian agitprop for you fuckheads to freely use, including the inkscape SVG sources to enable easy remixing for your own devious purposes.

First up, we made a (hopefully) printable poster for everyone who, faced with oppression and mass surveillance, is ready to throw down for a better world. 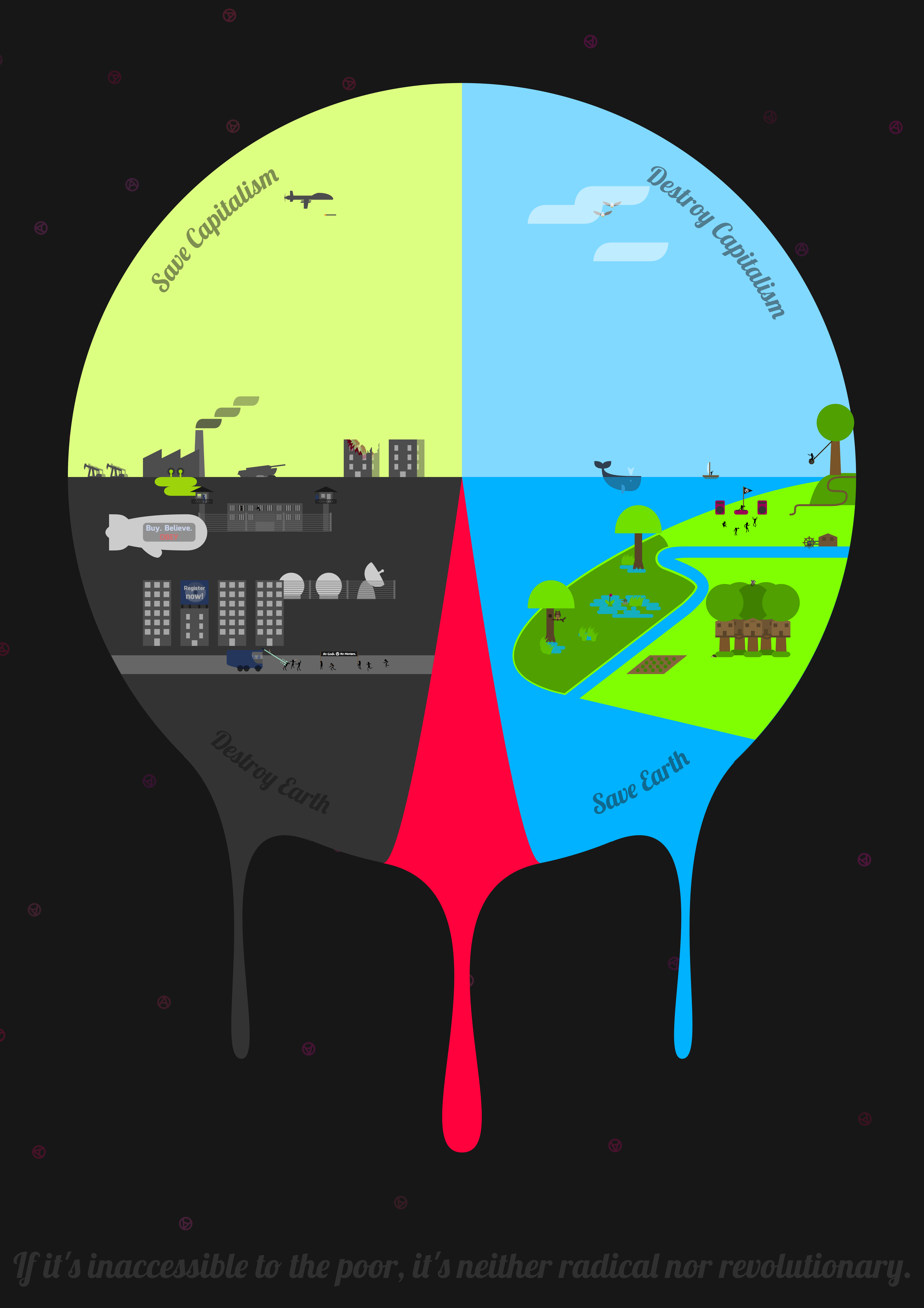 From the MQ-9 Reaper drone carrying Hellfire missiles to the WasserWerfer 10k watercannon as means of violent oppression to ECHELON-style radomes and the JLENS blimp with its glorious surveillance dick as means of mass surveillance, the depicted means of oppression all come from what we mostly agree upon as reality.

Next up, the cutest of all things – it's piggo the cop! he's a bastard.

This was initially meant to be integrated into a wallpaper, but after repeatedly and utterly breaking our brains on the high-brow concept of perspective, we're passing on that for now. Should still be good for your sticky pleasure, tho. ;)

Going on, we're getting to something we've been wanting to remix for quite some time now: 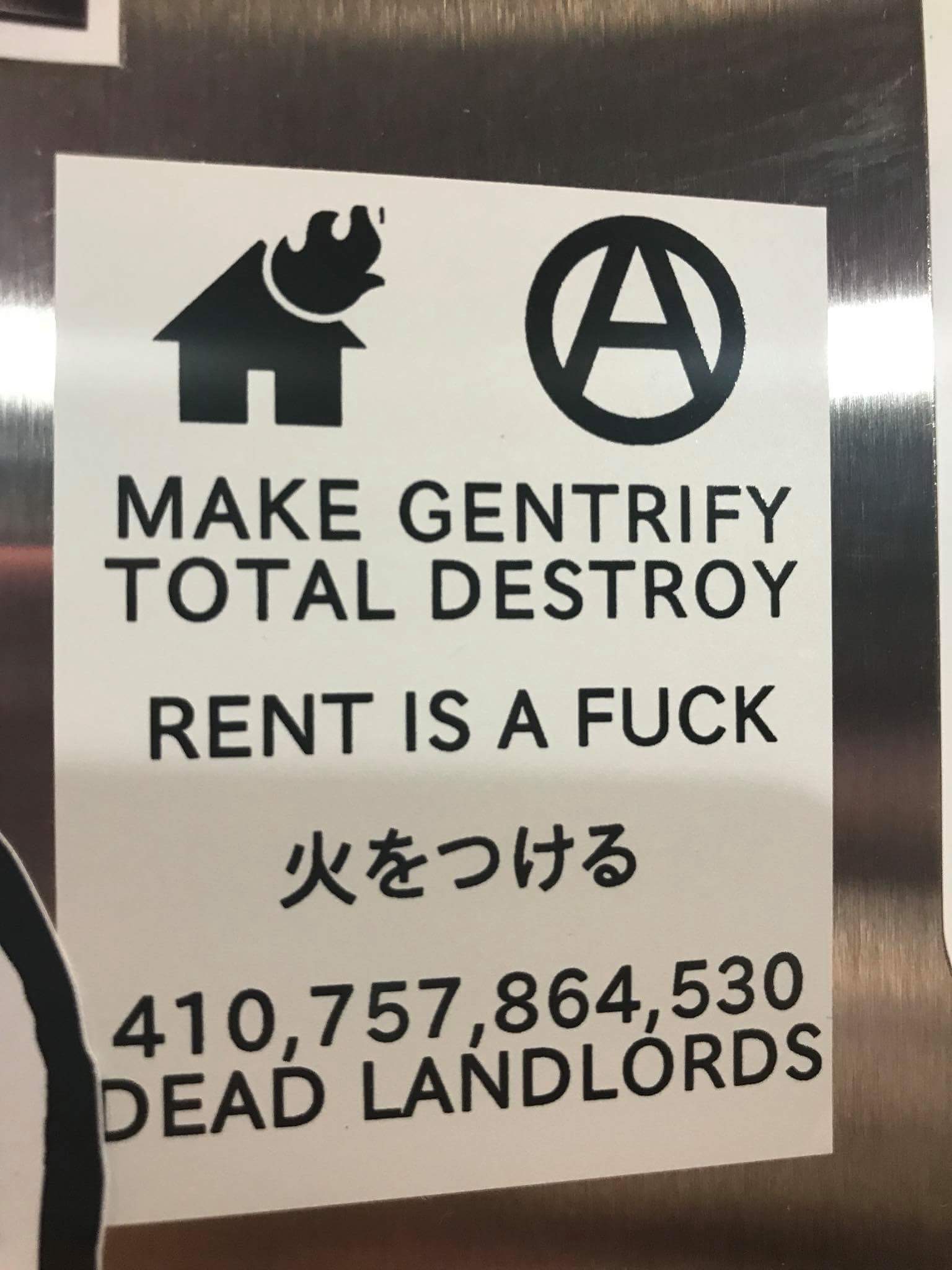 Since we have only ever stumbled upon this one picture of this amazing piece of art, there really wasn't much of an option besides, recreating it from scratch but because A) printers are our mortal enemies and B) a simple reproduction is too boring for us – we decided to give it a do-over as wallpaper with a nice retro look.

Comes in two editions, the glitchy one: 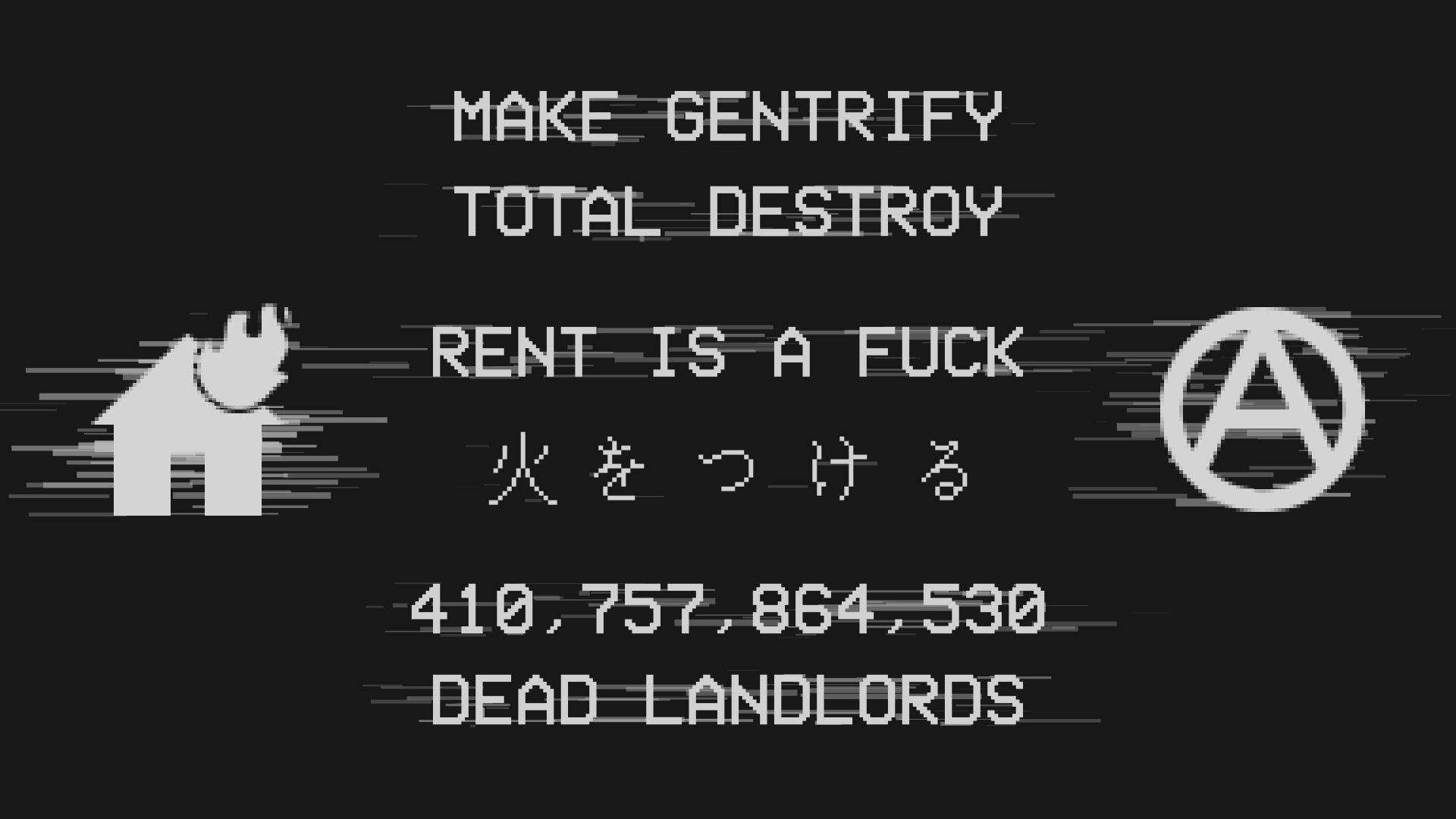 And the clean one: 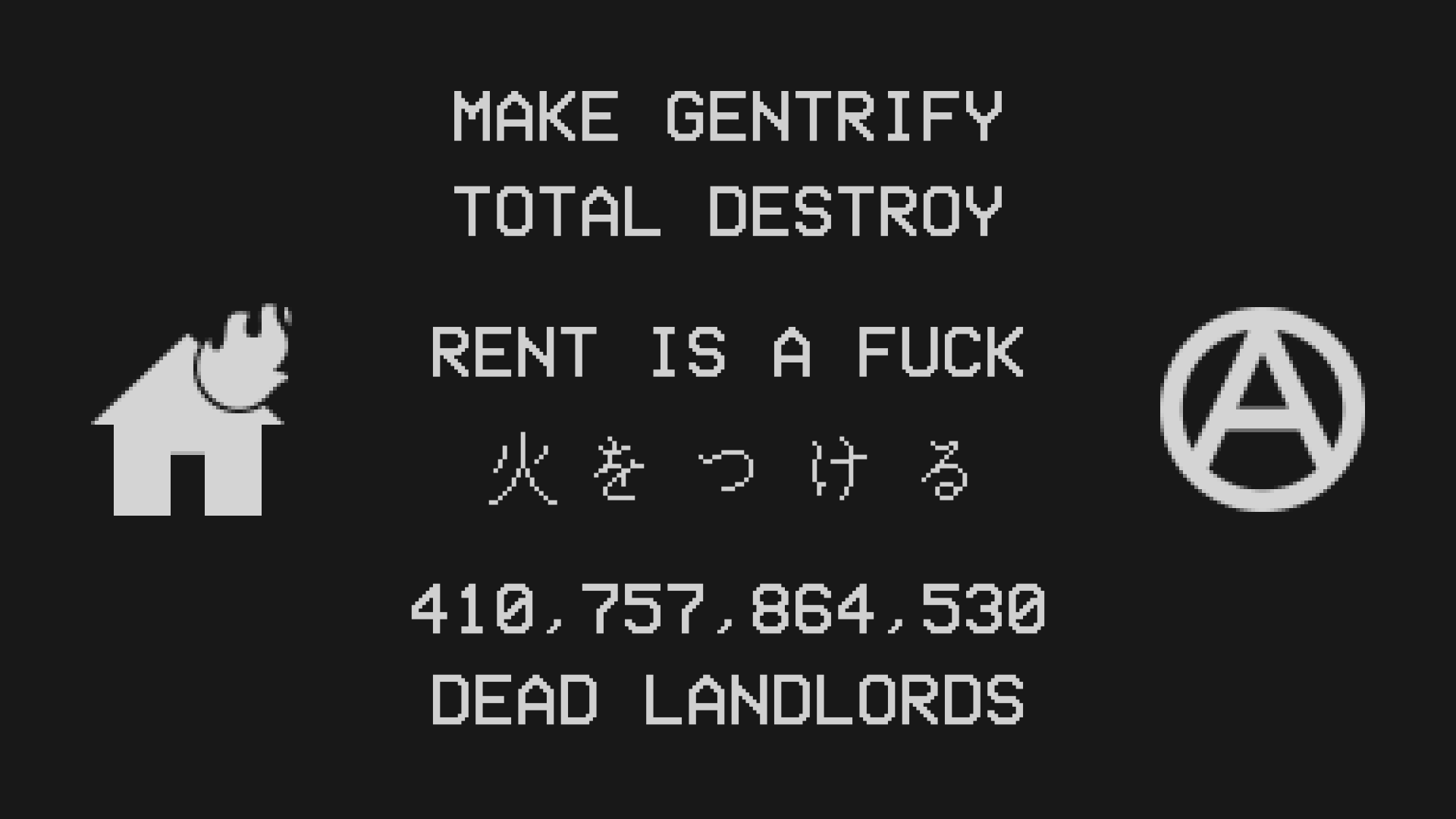 Now onwards to great victory in class warfare, we go with this: 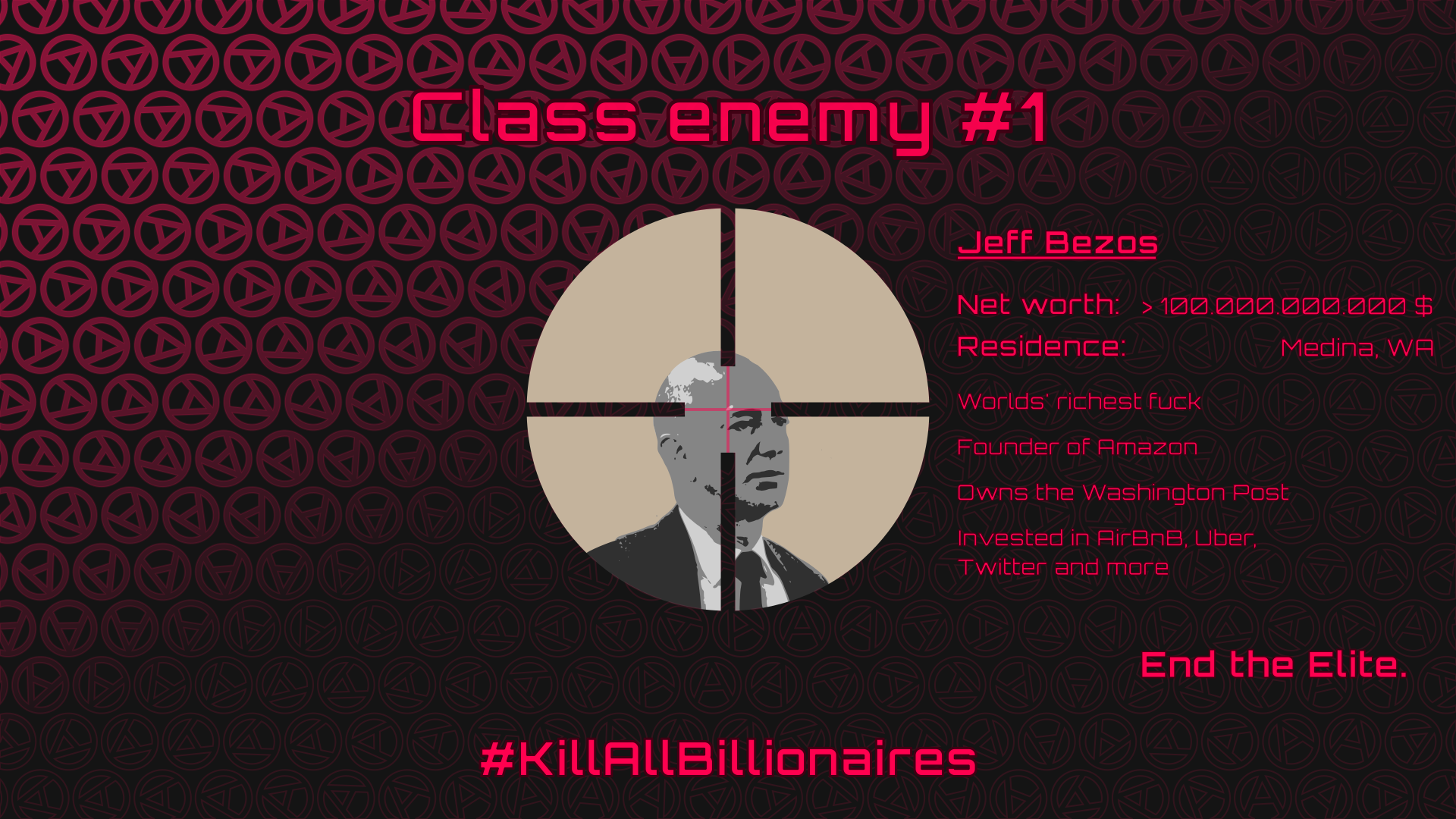 This wallpaper should be pretty self-explanatory. We believe it to be self-evident that the yoke of the ruling elite must be thrown off, smashed, rooted out, burned to the ground and then have its ashes burned again. The rule of destructive order must come to an end.

Last, but very much not least, we have this piece: 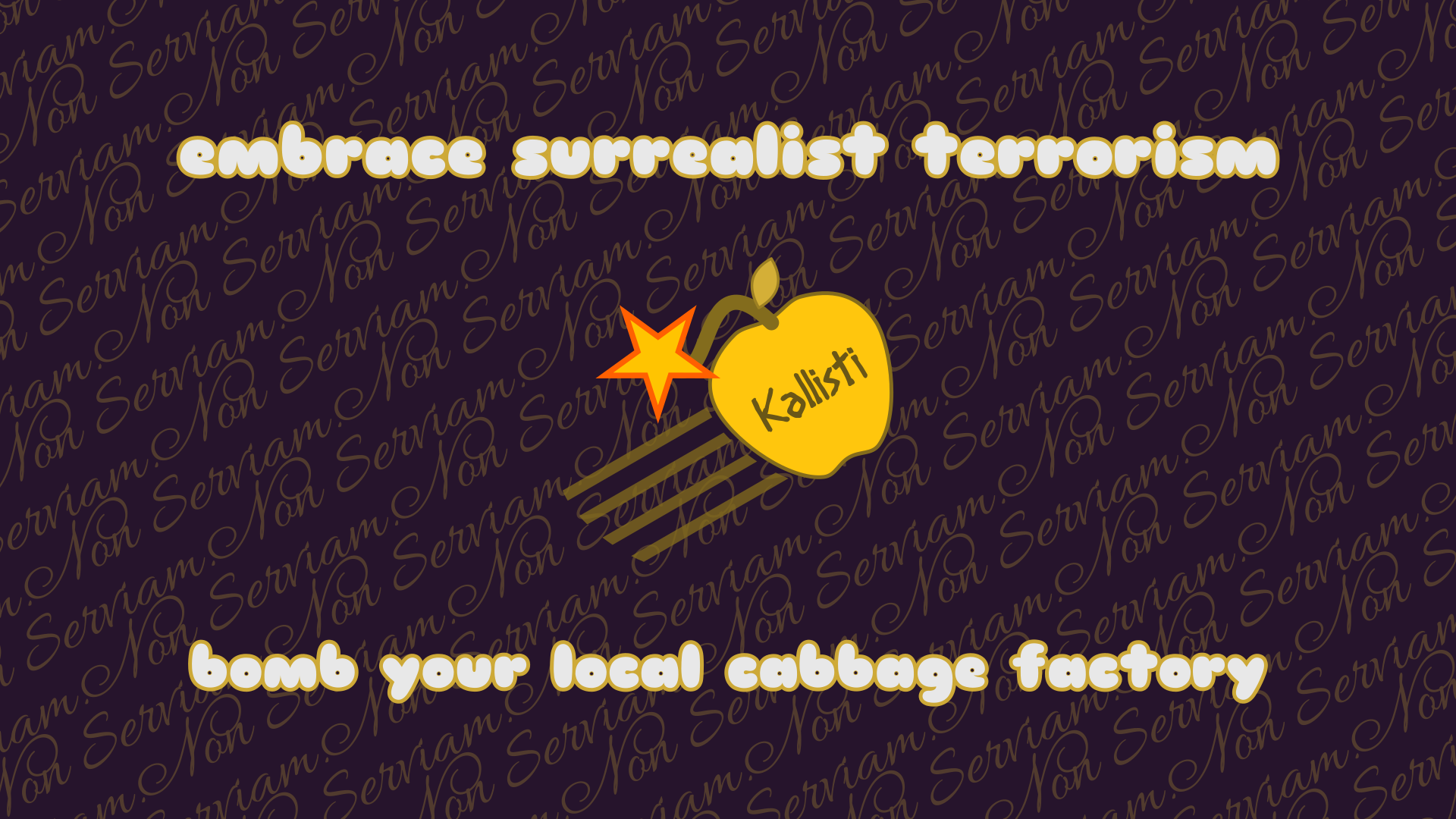 This one should be understood as a direct request. Whatever your local cabbage factory is – bomb it!

We don't care whether you use nail-bombs, sentient pastries or a gay bomb – we must fight the cabbagification!

All hail Discordia and take care when coming across bacon-y cabbages!

This has apparently been a communique of and by the Erisian Liberation Front.